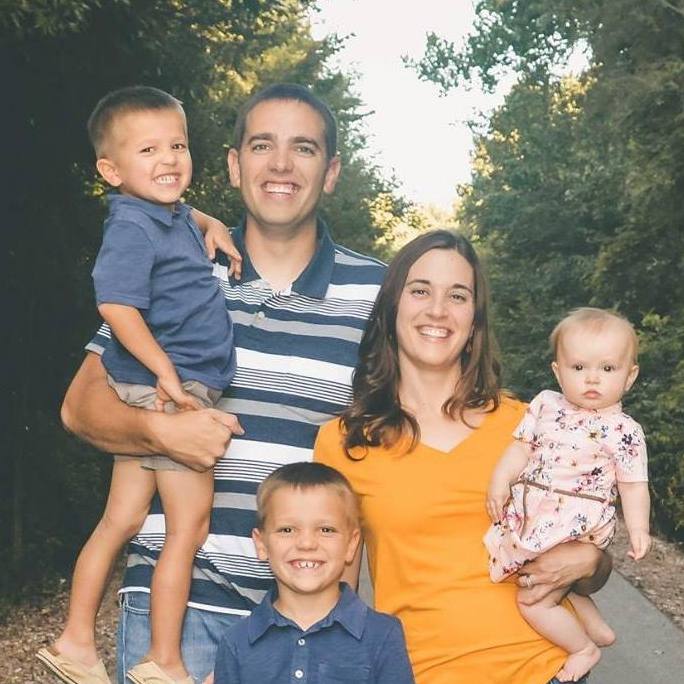 Adam grew up in West Bend, Iowa. At age 14, he asked God to forgive him of his sins and committed to follow Christ for the rest of his life.

He married his wife, Gina, while he was at the University of Iowa studying Film and Journalism. His aspiration was to be a famous filmmaker, which took Adam and Gina out to New York City for a couple of years.

He did not become famous.

Instead, they moved back to Iowa where God was working in Adam’s heart and gave him a passion to teach kids about the same Jesus that saved him when he was younger. He went on to earn a Master’s degree through Midwestern Baptist Theological Seminary.

Today, he’s the lead pastor at New City Church and lives in Ankeny with Gina and their 3 kids Luke, Benjamin, and Noel. Pastor of Worship and Administration

Nathan had the privilege to be raised in a home with parents who loved the Lord and served Him in full time Christian ministry.  Although he grew up learning much about God and the Bible he held on to a profession of faith that was not saving faith. His life was not transformed by the gospel until the age of 17 when God saved him from his sins (Rom. 10:9-10).

Nathan met his wife Susan in college where he received a youth ministry degree. Upon getting married in 2001 together God led them to a full time ministry in Indiana working with children and teens. God directed them back to Iowa where Nathan received a Master of Divinity degree at Faith Baptist Theological Seminary.

As Nathan was finishing seminary while interning at Saylorville Church, in God’s sovereignty, Saylorville Church decided to start a new church in 2005 where Nathan and Susan and the start of their family were part of a small team that helped start the Engage Network’s first church plant Lakeside Fellowship in Polk City. In 2011 Nathan took a fulltime roll at Lakeside Fellowship until God called him to be a part of the Engage Network’s fifth church plant, New City Church where he currently serves in Ankeny.

Nathan and Susan have 3 children Jackson, Madison, and Jacinda. 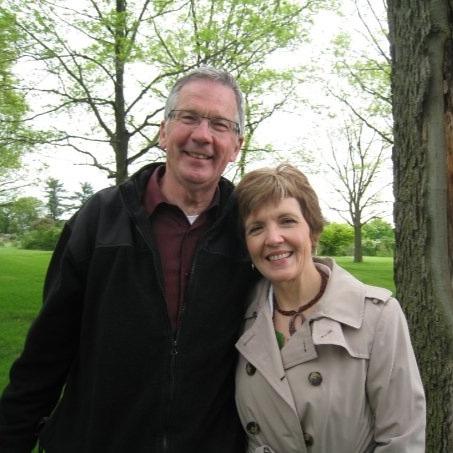 Chuck was raised in a strong Roman Catholic family in Milwaukee, Wisconsin. After one year of college, Chuck enlisted in the Air Force and was stationed in Bellevue, Nebraska. It was there that his commanding officer, Doug Comstock, explained the gospel to him for the first time. On June 29, 1970, Chuck accepted Jesus Christ as his Savior in Doug’s backyard.
After finishing his Air Force tour of duty, Chuck pursued a Bible college education. Following three years of work in the secular workforce, Pastor DeCleene continued his education at Capital Bible Seminary in Lanham, Maryland receiving a Master of Divinity degree. He has served as the pastor of Faith Baptist Church in Carroll, Iowa and was a missionary in Equador from 1993-1998 until he was forced to return home due to family health issues.
After teaching for one year at Tennessee Temple in Chattanooga, TN, Chuck joined the faculty at Faith Baptist Bible College in Ankeny, IA. Chuck was the Pastor of Evangelism at Saylorville Church from 2007 to 2019 until he was sent to the Engage Network’s fifth church plant, New City Church in Ankeny, Iowa.
Chuck and his wife Dianne have four children and ten grandchildren. 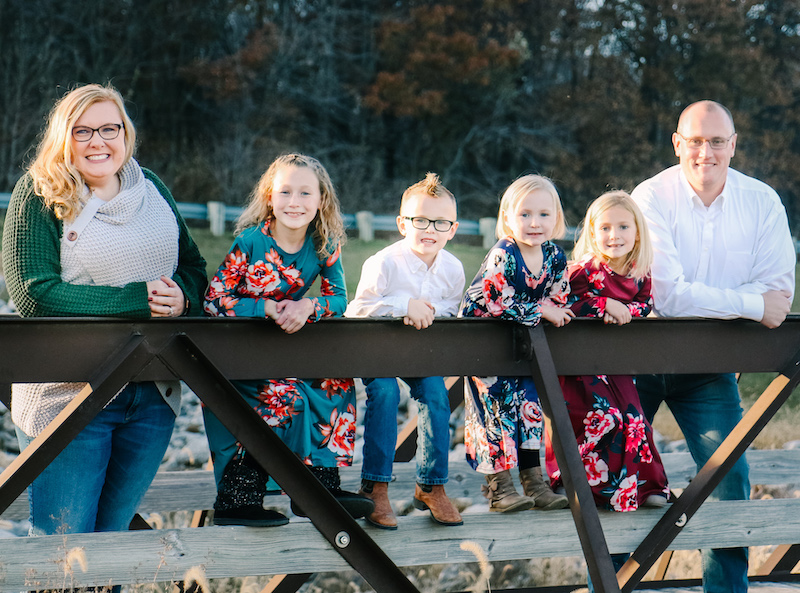 Angela was born into a God-loving family in Bondurant, Iowa. But it wasn’t until she graduated from Iowa State University that she finally grasped the importance of a personal relationship with Jesus. She then knew riding on her parents’ coattails, church attendance, and being a good person weren’t going to secure eternity in Heaven. She has a heart for relationships and the gift of mercy. Her favorite passage from the Bible is Psalms 34. She not only spends her time serving at New City, but she is also freelances as a medical school admissions application reviewer and volunteers at her children’s school. She lives in Ankeny with her husband Joel and their four children (Natalie, Charlotte, Greta, and Cooper). 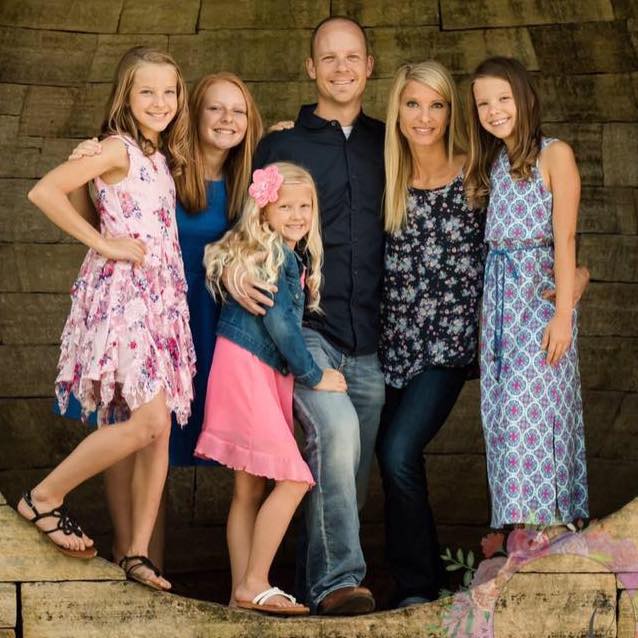 Korey Pearson was raised on a farm in southwest Iowa and was fortunate enough to be raised in a home where the gospel was taught and lived out on a daily basis. At the age of just four, on May 16th, 1983, he recalls very clearly coming to a place where he recognized he could not be good enough to get to heaven because of sin. Only through the sacrifice of Jesus and His resurrection could he be forgiven by God. While his understanding was quite elementary, he understood the need for a Savior due to his sin. He was then baptized by immersion at the age of eight.

Korey met his wife, Laura, while attending Faith Baptist Bible College in Ankeny and were married in 2001. They began attending Saylorville Church shortly thereafter having helped Chuck DeCleene start a college ministry that was taken on by Saylorville. Korey and Laura joyfully served there for the next 17+ years in various capacities, including as small group leaders for more than 10 years, Laura in the music ministry, and Korey as a deacon for our last 6+ years there. All four of daughters were born during their time at Saylorville: Mackenzie, 15, is a freshman in high school; Ashlan, 13, is in seventh grade; Lydia, 11, is in fifth grade; and Willow, 8, is in second grade.

It was no small decision for the Pearsons to leave Saylorville, the only church their daughters had ever known, to join New City, but by decision time, they did so enthusiastically. Korey says it has been such a joy to become a part of this church body, which has melded so quickly and it is so exciting to see it grow in just the first few months of existence. Korey and Laura host a weekly small group.

Randy Klinefelter was born and raised in Iowa, moving to the Des Moines area in the mid 70’s. He is so thankful for his high school sweetheart, later his wife, Jenny. She is still the love of his life and dearest friend. They were blessed with three children and three wonderful spouses. The Klinefelters became grandparents for the first time earlier this year.

Randy was fortunate enough to grow up in a Christian home and attending a bible-preaching church was an integral part of his upbringing. He is so thankful for my Christian heritage. Randy accepted Christ in his life as a five-year-old after Sunday School where the teacher shared John 3:16 with Randy and he understood his sin kept him from God. He understood Christ loved and died for him and therefore he prayed and asked Jesus to save him from my sins. Even at that young age, Randy looks back and knows this moment was transformational. He was baptized several years later. He senses the Lord’s leading and the Holy Spirit’s prompting and conviction in his life.

As a couple, Jenny and Randy have always enjoyed serving in various capacities within the local church. Many of their fondest memories are those of service and developing kindred relationships. Currently at
New City the Klinefelters serve with the Welcoming Committee that coordinates the Door Greeters and Hallway Hosts. They are also on the event planning team. Randy gets the opportunity to serve on the
setup team and also enjoys facilitating a great small group. 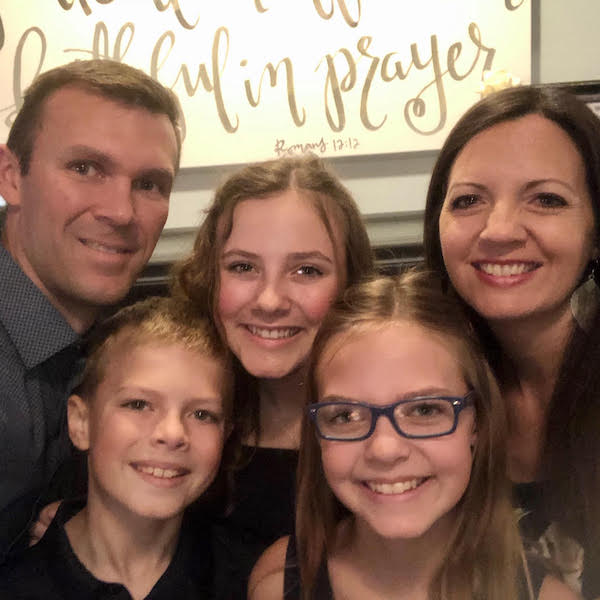 Chad grew up in northern Michigan attending Sunday school and church weekly, but never understood the good news about Jesus Christ as a child. It wasn’t until his best friend invited him to youth group during his high school years that he started to hear and understand more about his need for a Savior. The Holy Spirit worked in Chad’s life over time and brought him to a point of saving faith and surrendering of his life to the Lord near the end of high school. Chad met his wife Katie at a WalMart (long story) while both were counseling at Lake Ann Camp in northern Michigan in the summer of 1999. After marrying in 2000, they lived in Michigan while both worked to finish their college degrees and they had the opportunity to serve at Lake Ann Camp for two more summers as a married couple. They lived in Michigan until 2005 when they moved to the Des Moines area. Chad has been teaching in secondary public schools since 2003, and he and Katie have served together in youth ministry for the vast majority of their married years. Chad and Katie live in Ankeny and have 3 children: Adeline, Emilia, and Tate. 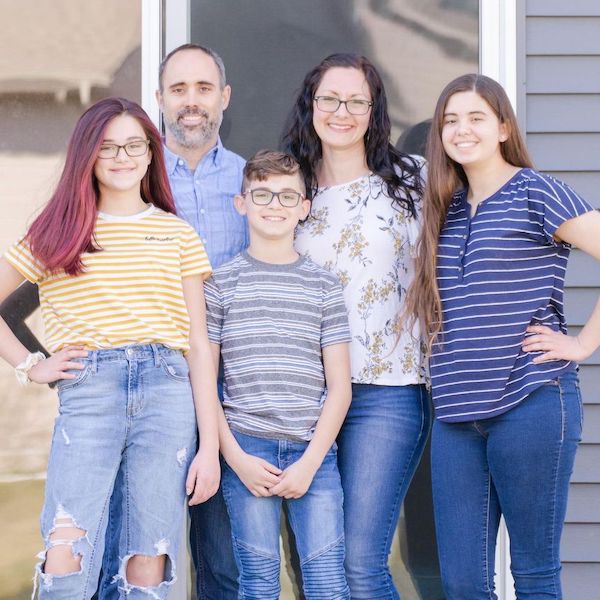 Lisa grew up attending church, but her heart was focused on the perfect attendance pin, and not on Jesus. God opened her eyes and heart to His greatness one summer at middle school church camp. However, it wasn’t until college where Lisa fully placed her life in the hands of Jesus. Lisa earned a degree in early childhood education at the University of Northern Iowa. Lisa’s love for children prompted her to get involved in children’s ministry since college. Lisa has taught preschool-3rd grade in private school settings and now enjoys her time as part-time secretary at Southeast Elementary in Ankeny. Lisa believes it’s a privilege to serve the church in pouring into the lives of the children. Her heart yearns for all kids to experience the love and forgiveness of Jesus. Her favorite Bible verses are Jeremiah 17:7-8. Lisa and her husband Jeff live in Ankeny and have three children; Ava, Claire, and Silas.